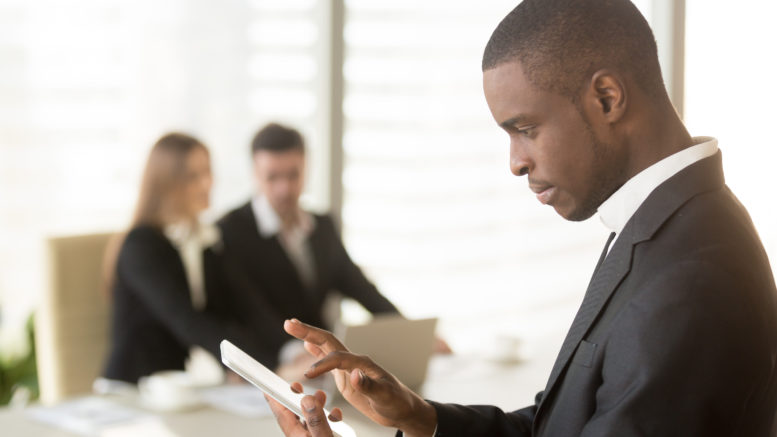 The South African cellular network industry has improved in the customer satisfaction stakes according to the latest South African Customer Satisfaction Index (SA-csi) for Mobile Telecommunications Services, conducted by Consulta.

SA’s three largest cellular networks, Cell C, MTN and Vodacom, have all recorded improvements in satisfaction since the 2018 measures, however long-terms trends indicate a degree of inconsistency when it comes to keeping their customers happy. One pertinent finding is that Customer Expectations have consistently declined over a four-year period. This is cause for concern as declines in Customer Expectations have been proven to foreshadow inevitable drops in Perceived Quality, value and ultimately overall satisfaction.

The 2019 SA-csi for Mobile Telecommunications Services surveyed just over 2500 customers across pre-paid, top-up and post-paid (contract) customers who make use of the collective product offering of voice and data solutions. The survey was conducted during the second half of 2019.

“An overt focus on competing with each other on price and network coverage has come at the expense of customer satisfaction and loyalty, leaving the industry vulnerable to new entrants, substitutes, and brand switching as consumers are increasingly looking for alternatives.  The index shows that customers perceive South Africa’s cellular rivals as homogenous, with brands offering very little differentiation for customers to compare offerings, other than price,” explains Ineke Prinsloo, Head of Customer Insights at Consulta.

The industry’s customer expectations score has declined to its lowest point since the inception of the study seven years ago.  This speaks to the fact that customers expect less due to the disappointment they have experienced in their dealings with their providers.  It is notable that no leader is identified in the 2019 index, with all providers coming in either on or below industry par.  Across all industry sectors covered by the SA-csi, the performance of the cellular network providers on customer satisfaction is second lowest, coming in ahead only of medical schemes.

“Results indicate the networks included in the measure are struggling to differentiate themselves on unique, customer centric needs and offerings, instead preferring to compete directly with each other by seemingly targeting identical markets and segments. This battle is especially damaging to Cell C which continues to trail behind Vodacom and MTN on customer satisfaction. It is difficult to see how Cell C will escape its current troubles without clearly understanding and appealing to a more niche portion of the market. The Financial Services sector provides an excellent case study in how successful a narrow, focused approach can be if one looks at how successful brands such as Capitec (in banking) and Virseker (in insurance) have been,” adds Ineke.

Mobile data continues to remain a contentious issue with customers frequently complaining about their respective network’s data network quality and giving particularly low perceived value ratings (less than 70 for each network). This, coupled with a lack of differentiation, gives new players an opportunity to make inroads and attract customers who are looking for a more customer-centric offering that is better suited to their unique needs. While Vodacom and MTN remain at the forefront in the premium segment for now, the latest index shows increasing erosion of this position as customers become less concerned with the quality of voice networks, placing more emphasis on mobile data offerings and services.

“The index surveyed both pre-paid and contract (post-paid) customers, and it is concerning to note that across the board, contract customers are the most dissatisfied and have the most complaints.  This suggests that these customers are given the least attention in terms of value, quality of products and relationship with their provider. This should be a red flag given that contract clients are what we view as ‘bankable’ business for network operators. Once tied into a contract, it seems that there is a distinct level of neglect that creeps into the customer experience and service for these customers. It is a dangerous position to be in as these customers feel like hostages as they are unable to move their business or get their complaints resolved, so they will be the first to move their business when they can, and in their wake will do immeasurable damage to the brand reputation in terms of negative word of mouth,” explains Ineke.

Key take-outs from the 2019 SA-csi for Cellular Networks:

On overall Customer Satisfaction score, no mobile network leads, with all coming in either on, or below the industry par (74.9).

· Vodacom comes in on par with an overall score of 76.1 which is a slight increase on its previous score.

· MTN follows on par at 75 and has shown a marked improvement from its 2018 score of 71.8 which suggests that measures to halt the decline are bearing fruit.

· Cell C comes in below par at 71.9 and much of this has to do with consistently declining perceptions of value, together with relatively low satisfaction with the quality of Cell C’s data network.

· Over a five-year period, the industry shows instability in Customer Satisfaction scores year-on-year and players are grappling with finding a foothold.  This could indicate the commoditisation of offerings, market maturity and a lack of visible differentiation in service channels and marketing communications.

The overall customer satisfaction index score is an indicator of customer loyalty and should serve as a red flag that no brand is leading on this front. The more homogenous and undifferentiated the networks become to consumers, the greater the challenge to attract clients. This is an incredibly difficult position to be in and makes the sector ripe for disruption by players with newer, better technology and pricing structures.

This is the measure ofwhat customers expect, versus what they experience in terms of delivery.  Perceived quality has the biggest influence on satisfaction and when you unpack this further, it comes down to meeting customers unique needs whilst delivering a reliable service.  While customer expectations are at a reasonable level, only Vodacom and MTN are delivering what is expected by their customers.

· Vodacom’s perceived quality score is highest at 79.9 and above the industry par (76.9), placing Vodacom as the leader on this score.

· The decline in Customer Expectation scores over a four-year period should be of concern as it means that network operators are barely managing to meet customer expectations, even at a lowered level of expectation.

· Across the industry, providing tangible value has a strong impact on customer satisfaction.

· Both Vodacom and MTN show slight increases in Perceived Value scores compared with 2018, which halts a three-year downward trend.

· Cell C recorded a decline in perceived value scores for the third consecutive year. This persistent decline should raise alarm bells for a brand which has historically been price-driven.

At an industry level, complaint incidence average is at 32.6% and complaint resolution is at 60.9 out of 100.  Complaint Resolution has a significant impact on customer satisfaction and loyalty. The Cellular Network complaints incidence of 32% is exceptionally high compared to other industries – ideally, complaints should be below 10%.

· In terms of complaint resolution, Vodacom scores 58.4 and considering that incidence is 34.4%, suggests that a large portion of customer complaints are being poorly resolved.

· Whilst complaint rates are high, Cell C, MTN and Vodacom all recorded lower incidence rates compared to the previous measure in 2018.

· Across the board, it is clear that not enough attention is being given to resolving the cause of the complaints to prevent repeat occurrences – this is evident in the very high rate of complaints when compared to other industries benchmarked by the SA-csi.

· Together with issues related to data, a big bone of contention for customers are call centres, which require significant effort and aggravation in working through pre-recorded menu options and being sent from pillar to post before getting through to a person for assistance.

· MTN is the only network that performs above industry average of 67.7% for loyalty.

· Once again across all networks, post-paid or contract customers are the least loyal and most dissatisfied.

The Net Promoter Score (NPS) measures the likelihood that customers will recommend a brand to their family and friends (promoters) compared to customers who would actively discourage a relationship with the brand (detractors). The Net Promoter Score average across the industry took a massive dip, dropping from 37.4% in 2017, to just 19.9% in 2018 and then picking up to 28.1% in 2019.

· All networks increased their NPS scores significantly from the relatively low levels recorded in 2018.

“The results of the index indicate that mobile networks are missing the opportunity to differentiate themselves from their competitors.  It seems that the GSM business models upon which cellular network providers were built in the early 1990s no longer apply in a data-driven world, and the networks are struggling to transform their business and customer experience models for this changed reality,” concludes Ineke.

Now in its seventh year, the SA-csi for Cellular Networks offers impartial insights into the South African Telecommunications Services industry by measuring customers’ overall satisfaction. This satisfaction score is based on brands exceeding or falling short of customer expectations and the respondents’ idea of the ideal product to achieve an overall result out of 100. The Index also includes, amongst other measures, a Customer Expectations Index, a Perceived Quality Index and a Perceived Value Index.

As a strategic tool for gauging the competitiveness of individual firms and organisations and predicting future profitability, an organisation’s customer satisfaction performance, as measured by the SA-csi methodology, provides a predictive indication of how well the firm will perform in terms of future revenue and earnings growth.  Supported by both the scientific and practitioner community, the SA-csi is the first independent, comprehensive national customer satisfaction index with international comparability in South Africa and has collected data from more than 400 000 consumers since its inception in 2012. The SA-csi forms part of a global network of research groups, quality associations and universities that have adopted the methodology of the American Customer Satisfaction Index (ACSI) via its Global CSISM program.