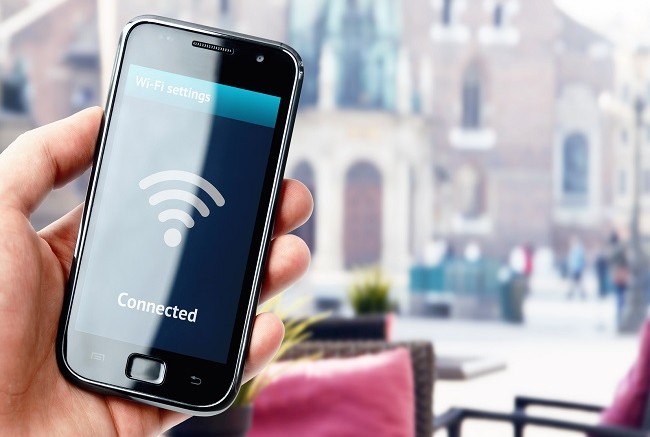 The African continent is still being marked by a lack of pervasive connectivity. This is largely because of outdated infrastructure such as copper and GSM networks, as well as delayed decisions around the introduction of 3G and 4G technologies. Many African countries are also going through geopolitical changes, prioritising areas other than ICT for investment to mobilise their countries. According to Mohamed Abdelrehim, Head of Solutions and Business Development for Nokia in the Middle East and Africa market, there has, however, been a shift towards providing 4G licenses without expecting substantial license fees.

“Generating quick sales by overpricing the license fees has a short-term benefit for governments. Their mid to long term goals should be around driving connectivity and accelerating the telecommunications sector, as it drives job creation and has a much bigger impact,” he says. “Once you establish a new network, you trigger different market sectors. So, accelerating the telecommunications sector automatically generates more jobs and this, in turn, drives innovation and the potential of extending connectivity nationwide including the rural areas, as the cost of MB will be reduced with the 4G compared to 2G/3G.”

Abdelrehim says that if this is delayed, all the segments relating to telecommunications will be held back from growing and generating jobs and the continent will lag behind the rest of the world in introducing new solutions, as there will not be enough connectivity, bandwidth or the required handsets to introduce those services. “Accordingly, it delays GDP growth, especially in the SME segment. If you look at Europe and Asia Pacific right now, the biggest economy segments which are benefiting from telecommunications infrastructure are basically the SMEs,” he says.

Smart city solutions, including eHealth and eLearning, are also impacted. “These solutions are dependent on services that are provided via remote connectivity. So, if you don’t have the right telecommunications infrastructure you will not be able to introduce those services. This again has a direct impact on the SME segment, which ultimately will slow down GDP growth.”

Abdelrehim says despite the relatively gloomy outlook, they are seeing some positive events unfolding on the continent. “Nokia has been selected as the strategic infrastructure provider to roll out a smart city in partnership with the Government of Rwanda. As part of the project rollout, the Government of Rwanda will invest in network connectivity and sensor deployment in different applications, which will serve the local citizens in public safety, waste management, utility applications and healthcare to name a few. “It is projects of this nature, supported and driven by government, that will make a real difference in enhancing people’s lives, creating jobs and improving economies – in this case, the economy of Rwanda. The Ministry of Youth and ICT in Rwanda believes that through this project, they will not only improve people’s day to day lives with better services and security, but they also anticipate long-term positive socio-economic benefits for the people in Rwanda. Furthermore, they also plan to share their experience with other countries in Africa.”

He says this initiative clearly demonstrates that Rwanda has the political mandate to provide the latest and best services for citizens. “Once the political mandate is in place, the next step is to partner with the right entities such as the Smart African and key vendors that can implement innovative solutions that can ultimately be replicated in other African countries as well. This, in turn, will generate more jobs in different segments and accelerate the introduction of more services, especially when it comes to learning. The key here is to address those pain points that are specific to each country.”

Abdelrehim says this lies at the heart of connecting the unconnected in Africa. “In many of the African countries, governments see it as their political mandate to connect all their citizens and a human right for every citizen on the continent to have access to broadband. Already there are several discussions underway with key entities such as UNESCO and vendors, such as Nokia to investigate the right solutions to connect the unconnected. That said, we do need the political blessing for us to bring our business models, solutions and success stories to make pervasive broadband a reality.”

He adds that while organisations have a mandate to generate revenue, they also have a social responsibility to address the social needs of people on the continent. Nokia recently sponsored and participated in CodeBus Africa, a 100-day tour connecting Finnish and African innovators as part of Finland’s official 100th anniversary celebrations. The CodeBus Africa journey spanned ten countries in total – Ethiopia, Ghana, Kenya, Mozambique, Namibia, Nigeria, South Africa, Tanzania, Uganda and Zambia.

The aim of the project was to boost grassroots level teaching of computer programming, particularly among girls, and to contribute to long-term efforts to promote quality education, youth empowerment and employment. “The project consisted of creative coding workshops, most of which were run in township communities. Learners paired up to produce their own song with the open-source programming platform Sonic Pi – a tried-and-true curriculum developed by a Finnish technology education company and project partner Mehackit,” says Abdelrehim.

Nokia is also currently focusing on the non-carrier segment to drive acceleration of the ecosystem. “We are engaging with governments and universities and focusing very strongly on innovation and smart cities, to enable us to bring the latest use cases to Africa. At the same time, we would like to stimulate local markets through key discussions and by executing hackathons across the continent as these result in innovative solutions to local pain points that can make a real difference to people.” He says that while there are generic use cases around innovation taking place in Europe, these might not necessarily meet the needs of the continent. “That is why we are taking a bottom up approach in trying to help people bring their ideas so that we can assist them in turning those ideas into commercial products and solutions. That way we are not only solving real problems on the African continent, but we are also making a meaningful contribution to people’s lives and driving innovation to further stimulate economic growth.”