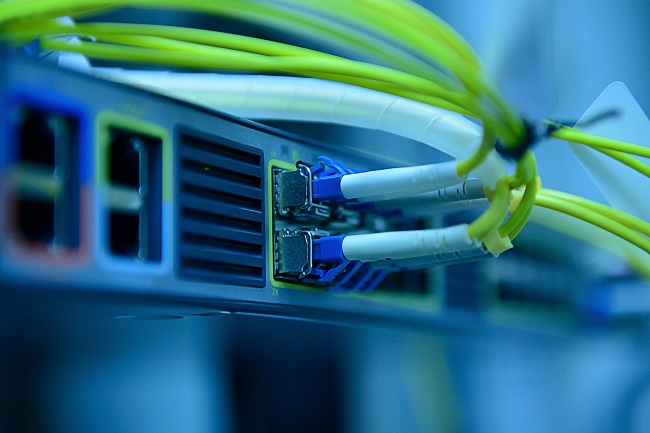 Nokia announced a significant breakthrough in the effort to meet surging data demand from consumers and businesses. In a world-first, the company showed it is possible to achieve 10 Gbps symmetrical data speeds using traditional Hybrid Fiber Coax (HFC) cable plant. Using a prototype technology called XG-CABLE that is based on unique access technology innovations and applications developed by Nokia Bell Labs, the test demonstrates how existing cable systems can be used to deliver symmetrical ultra-broadband access services.

Achieving ‘symmetrical’ services – where the network can simultaneously support 10 Gbps data speeds for both uploading and downloading content – is a major breakthrough for the cable industry. With the need for high-speed upload services growing due to demand for HD video uploads, real-time gaming, live streaming video and virtual or augmented reality, Nokia Bell Labs started to explore the feasibility of delivering symmetrical service over HFC cable plants in 2014. Demonstrating for the first time that the concept is valid and achievable, the XG-CABLE test used point-to-point cable topologies to deliver 10 Gbps symmetric data speeds over coaxial cable using 1.2 Ghz of spectrum.

Still considered a proof of concept, XG-CABLE can easily integrate into the CableLabs new Full Duplex DOSCIS® 3.1 concept, which is focused on providing cable operators with technology innovations that can transform the industry. By leveraging the XG-CABLE technology, operators can effectively use existing HFC cables over the last 200 meters to provide upstream speeds never before achievable due to the limited spectrum available. This will enable operators to more effectively bring ultra-broadband services to consumer locations that were not physically or economically viable unless fiber was brought all the way to the residence. XG-CABLE will also provide operators with greater agility in how they use and manage their spectrum.

Federico Guillén, President of Fixed Networks, Nokia, said “The XG-CABLE proof of concept is a great example of our ongoing effort and commitment to provide the cable industry with the latest innovations and technology needed to effectively address the growing demand for gigabit services. The proof of concept demonstrates that providing 10 Gbps symmetrical services over HFC networks is a real possibility for operators; it is an important achievement that will define the future capabilities and ultra-broadband services cable providers are able to deliver.”

Dr. Robert Howald, Vice President, Network Architecture at Comcast Cable, said: “While it is still early in the development of full duplex, Nokia’s XG Cable proof of concept shows that multi-Gigabit symmetrical speeds over HFC, as targeted in the CableLabs FDX initiative, are achievable. As we continue our DOCSIS 3.1 deployments this year, this development further illustrates the power and flexibility of the DOCSIS 3.1 as a tool to deliver next-generation broadband performance.”