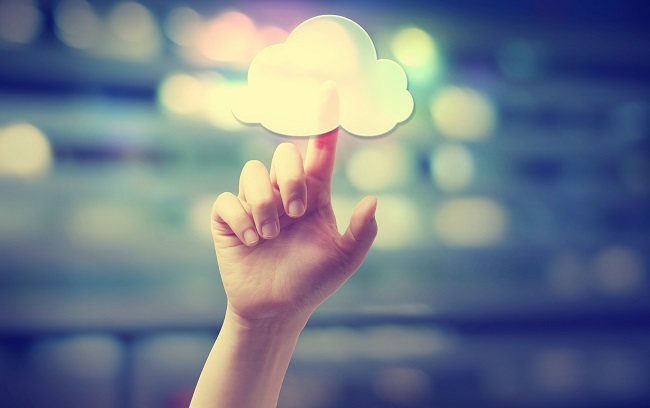 Companies big and small are today able to expand operations without committing to huge resources and undergoing the hassle of setting up new IT infrastructures, and yet can still benefit from unlimited scalability, improved reliability, seamless service, and lower costs. The adoption of cloud computing makes all of this possible. Amazon Web Service (AWS) is among the leading cloud computing service providers, and here’s a look at how AWS (AMZN) continues to dominate the cloud computing space.

AWS has a strong market share. The worldwide public cloud services market is projected to grow to $214.3 billion in 2019 and further expand to $331.2 billion by 2022. Within the broader cloud market, infrastructure as a service (IaaS) is the fastest-growing market segment, estimated to reach approximately $76.6 billion by 2022. Currently, AWS is the largest of the IaaS providers, accounting for nearly half of the total IaaS market. During 2018, Amazon retained the number one spot in the IaaS market. AWS positioned in the Leader’s quadrant in Gartner’s Magic Quadrant for Cloud Infrastructure as a Service (IaaS) for the ninth year in a row.

AWS has made some tactical acquisitions in the recent past. Recently, AWS acquired TSO Logic, a Vancouver, Canada based company that has been working on analytical solutions to help customers plan, optimize and save on the transition towards cloud. While in early 2018, Sqrrl, a cybersecurity firm founded by former employees of the National Security Agency (NSA), was acquired by AWS. In a whitepaper, Sqrrl described itself as a “threat hunting company that enables organizations to target, hunt, and disrupt advanced cyber threats.”

Cloud security at AWS is the highest priority. In recent years, investment in cyber security has remained a top priority for organizations. During Q1 2019, the cybersecurity solutions for public cloud and ‘as a service’ accelerated by 46% year-on-year. In July 2019, AWS announced the general availability of AWS Security Hub, a new security service. AWS Security Hub automatically aggregates, normalizes, and prioritizes findings from AWS services, including Amazon GuardDuty, Amazon Inspector, and Amazon Macie, and from 30 AWS partner security solutions.

AWS has a diverse client base, including corporate giants, start-ups and government agencies. Back in 2017, the company announced the new AWS Secret Region with which AWS becomes the first and only commercial cloud provider to offer regions to serve government workloads across the full range of data classifications. Currently, over 5,000 government agencies use AWS. Its list of clients includes names such as Netflix, GE, Dow Jones, Novartis, Comcast, Kellogg’s, Apple, Adobe, Siemens, Expedia, Philips, Honeywell, The Washington Post, GoPro, Verizon, McDonald’s, and Unilever, among others including popular startups such as Airbnb and Lyft.

AWS is reaching more and more customers, with multiple data centers located across the globe. Currently, AWS Cloud spans 69 Availability Zones within 22 geographic Regions around the world. It has announced plans for 9 more Availability Zones and three more Regions in Cape Town, Jakarta, and Milan. Amazon continues to commit a huge resource to better AWS. The company classifies costs to operate AWS as “technology and content.” During 2018, the technology and content costs were recorded at $28.83 billion compared to $22.62 billion and $16.08 billion in 2017 and 2016, respectively.

The contribution by AWS to Amazon’s yearly revenue is rising. During 2018, revenue earned by AWS was $25.66 billion, more than double of the revenue earned in 2016. AWS contributed 11% to Amazon’s overall revenue and 59% to its operating income during 2018. Meanwhile, its sales increased by 43% and 47% in 2017 and 2018, compared to the prior years. Amazon’s filing reveals that its commitments in customer contracts for future services that have not yet been recognized in its financial statements stood at $19.3 billion as of December 31, 2018.

AWS continues to expand to new markets, commit to research and acquisitions, and strengthen its core offerings and with this, AWS is now a $30 billion annual run rate business.

Amazon’s approach to driving AWS is aptly summed up by Jeff Bezos’ letter to shareholders, “Much of what we build at AWS is based on listening to customers. It’s critical to ask customers what they want, listen carefully to their answers, and figure out a plan to provide it thoughtfully and quickly (speed matters in business!). No business could thrive without that kind of customer obsession. But it’s also not enough. The biggest needle movers will be things that customers don’t know to ask for. We must invent on their behalf. We have to tap into our own inner imagination about what’s possible.”