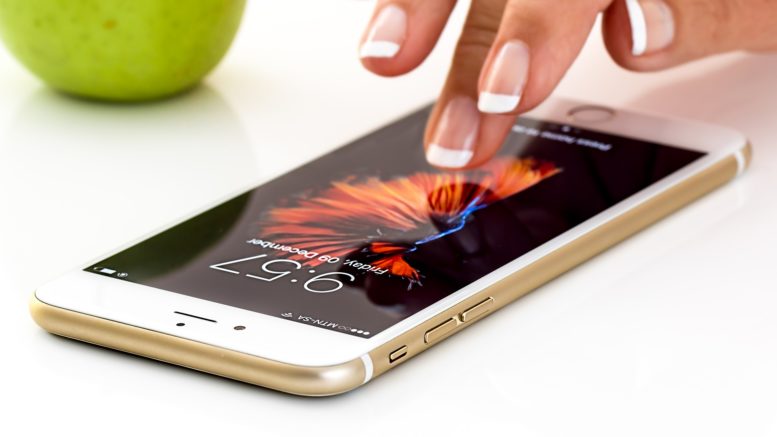 In the latest South African Customer Satisfaction Index (SA-csi) for Mobile Telecommunications Services conducted by Consulta, SA’s largest cellular providers remain among the most highly regarded globally, even though the latest survey shows that customer satisfaction is on the decline in South Africa.  As network providers continue investing heavily in infrastructure to provide South Africans with the best network service and coverage, they have all seen reduced customer satisfaction in the battle for loyalty.

In the latest SA-csi, South Africa’s three biggest rivals measured by market share (over 80%) – Vodacom, MTN and Cell C – have all showed a decline in overall customer satisfaction scores.  This in turn has seen a decline in customer loyalty which has been on a three-year downward trajectory across the sector.

“While mobile networks have focused on technical and infrastructural delivery and handset upgrades in terms of capturing customer loyalty, customers have indicated via the SA-csi that the seemingly softer perceptual drivers such as perceived value for money, quality of relationship and service levels and competent complaints handling are what matter most to them.  All networks are highly concerned with acquisition, infrastructure and competing, however none are making a clear value proposition around customer-centricity. It seems that the network providers were not able to maintain customer satisfaction outcomes compared with previous years,” explains Professor Adré Schreuder, SA-csi Founder and Chairperson.

In a follow up, independent analysis of the drivers of customer choice of network provider, Consulta found that perceptual drivers such as quality of the relationship with the provider, perceived value for money, complaints handling and resolution and exceeding expectations – which collectively embrace the quality of customer experience and loyalty – were the key reasons why customers choose their cellular provider. While the quality of the network was an important consideration for Vodacom customers (18.4%), it was considered more of a hygiene factor compared with other perceptual factors.  Interestingly, MTN customers rated service and quality of relationships as deciding factors in their choice of network.

“The big shift is that customers across all segments and spend thresholds have become increasingly cost and value conscious.  New players and aggressive challengers are making inroads and attracting customers looking for better value for money.  While Vodacom’s position remains solidified in the premium segment, we could see this position eroded as customers become increasingly disenchanted with the gap between value and cost.  As the various operators start reaching a level of parity across their networks and coverage, we’re likely to see a much bigger shift in customer tendency to multi-sim in order to achieve the best value, using multiple providers for their voice and data needs, and declining loyalty,” adds Prof Schreuder.

It is within the networks’ power to improve the index scores as there is an opportunity for every network to become the preferred player through a proposition focused on the drivers of satisfaction for customers.  The potential impact of achieving this can be seen when analysing the higher index scores of customers who did not have a complaint with their chosen provider, and against the overall score and that of customers who reported a complaint within the last six months.

In South Africa, compared with other industries measured by SA-csi it appears that Customer Satisfaction scores within the telecommunications industry were average at 73.3 – Life Insurance comes in at 78.9, Clothing Stores at 77.7 and Short-Term Insurance at 77.3. In the latest index, Supermarkets scored higher in their latest measures at 76.7, while Municipalities (57.4), Airlines (72.4) and Medical Insurance (72.7) all scored lower at industry level.

Key take-outs from the SA-csi for Mobile Telecommunications Services:

Overall SA-csi score (Satisfaction, with a significant impact on Loyalty)

· Vodacom leads on the overall customer satisfaction index score with 74.8 compared with the industry average of 73.3, which effectively gives Vodacom the right to claim the “number one telecommunications company as rated by customers”.  However, Vodacom has shown a marked decline compared with its 2017 customer satisfaction score of 79.2. While Vodacom is seen as closest to the ‘ideal’ provider, this significant drop sees it narrow its lead over competitors from last year.

· The overall customer satisfaction index score is an indicator of customer loyalty to the brand and should serve as a red flag that customers are increasingly becoming less loyal as they search for better value elsewhere.

·Overall, we are seeing the emergence of perceived value as the new predictor of customer satisfaction. The market is waking up to a new reality and much of this is being driven by extensive media reporting on the regulatory aspects of the market and the prices paid by South Africans versus what they get – customers believe they pay far too much for what they actually get at the end of the day.

· Across all network providers, customers satisfaction scores have declined. This could be due to commoditisation, market maturity and a lack of visible differentiation by customers.

· SA-csi shows that one in three customers is prepared to move to another network and on an industry level, loyalty has been dropping sharply for the last three years.

· This is the measure of what customers expect, versus what they experience in terms of delivery.  Perceived quality has the biggest influence on satisfaction and when you unpack this further, it comes down to price versus value.  While customer expectations are at a reasonable level, none of the networks are delivering what is expected by their customers.

· Vodacom’s perceived quality score is highest and while it is seen as the most exclusive brand, customers see a misalignment with the price paid.

· MTN follows on perceived quality.  Of the three providers, MTN has the smallest gap between what customers expect versus the perceived quality of what they receive and is closest to meeting customer expectations.

· Cell C is below par on quality and sees a significant decline in the 2018 measure compared with previous year. Cell C also has the largest gap between what customers expect versus what they receive in actual delivery.

· Across the industry, providing tangible value has a very strong impact on customer loyalty.

· Both Vodacom and MTN scores for ‘Perceived Value’ are seeing a decline – customers do not believe they are getting fair value for the price they pay for services. MTN’s ‘Perceived Value’ scores have shown marked decline for the last three SA-csi measures.

· Lowest price at best given ‘quality’ is rapidly gaining market favour. This indicates a market shift to a preference for value, and any previous operator advantages in terms of network quality is no longer seen as important by customers compared with price and perceived value.

· In terms of the drivers of satisfaction and source of complaints, data, service and affordability receive the most mentions.

· After three measures of relative stability, the industry saw a spike in complaints and a drop in the resolution rate in 2018.  Cell C experienced the highest number of complaints, followed by MTN and Vodacom with the lowest incidence of complaints.

· Across the board, while customers felt that the complaints handling was acceptable, it is clear that not enough attention is being given to resolving the cause of the complaints to prevent repeat occurrences – this is evident in the very high rate of complaints when compared to other industries benchmarked by SA-csi.

The Net Promoter Score (NPS) measures the likelihood that customers will recommend a brand to their family and friends (promoters) compared to customers who would actively discourage a relationship with the brand (detractors). The Net Promoter Score average across the industry took a dip, dropping from 37.4% in 2017, to just 19.9% in 2018.  NPS scores across all three networks plummeted:

· Vodacom leads with a NPS of 27.8% although there has been a significant decline from 2017.

· Cell C score is 9.9% that is also much lower than previous year.

In a similar trend to what was seen in the SA-csi for Banking where consumers are becoming increasingly multi-banked in order to meet their needs, customers continue to become multi-sim customers and use different networks to provide for their various data and voice needs.  Across all customers surveyed, a large segment of clients have multiple SIMs across competing networks and their preference for network is being balanced between voice and data value and cost benefits.

Typically customers surveyed reported using Vodacom and MTN for their voice needs, while Cell C and other networks were their preference for data. For each of the Mobile Operators included in the survey:

· Vodacom has the lowest percentage of multi-sim customers (39%), where the majority (48%) hold SIMs from “Other” Providers

(**Other includes Mobile Telecommunications Providers and Mobile Virtual Network Operators (MVNOs) whose market share fall below the threshold to be published as a brand.)

Now in its sixth year, the SA-csi for Cellular Networks offers impartial insights into the South African Telecommunications Services industry by measuring customers’ overall satisfaction. This satisfaction score is based on brands exceeding or falling short of customer expectations and the respondents’ idea of the ideal product to achieve an overall result out of 100. The Index also includes, amongst other measures, a Customer Expectations Index, a Perceived Quality Index and a Perceived Value Index.