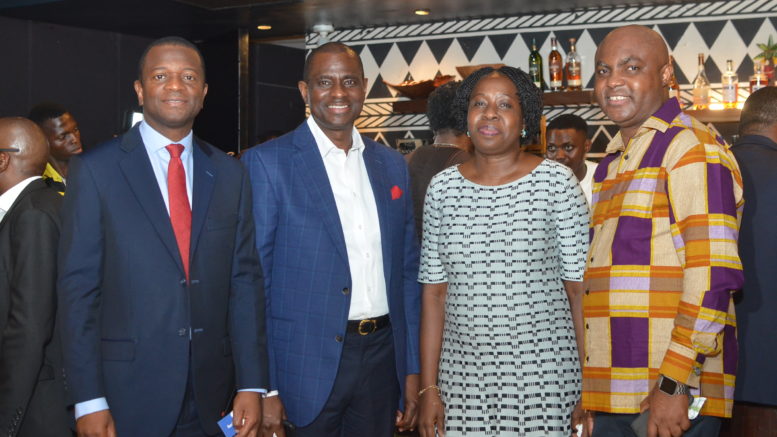 MainOne launches its “Digital Lagos: Broadband for All” campaign initiative to enable the digital transformation of Lagos state

West Africa’s leading connectivity and data centre solutions provider, MainOne launches its “Digital Lagos: Broadband for All” campaign initiative to enable the digital transformation of Lagos state through deployment of ubiquitous broadband infrastructure across the state.

MainOne’s ambitions for Lagos is inspired by the vision of Lagos Governor-elect Babajide Sanwo-Olu, who noted presciently that “Technology will improve the rule of law, education, ease of doing business and government processes of Lagos”.

At the campaign launch organized in Lagos to announce its plans on Tuesday, Funke Opeke, Chief Executive Officer, MainOne, said, the company is keen to collaborate with the Lagos State Government and all other relevant stakeholders to build Digital Lagos and help citizens from all walks of life realize the benefits of broad, sustainable economic growth, modernized education, health, and other services delivery, and improved quality of life.

“MainOne is pleased to have the opportunity to present its plan for Digital Lagos, a proven path to ubiquitous broadband connectivity. This plan will involve the investment by MainOne of over N25 billion over the next 2-3 years to develop critical fiber optic infrastructure to enable broadband services across Lagos state,” she said.

A presentation was made by Mr. Judah Levine, CEO HIP Consult, a Washington DC based, independent, management consulting firm with specialization in ICT in emerging markets. HIP Consult worked with MainOne in developing a concept paper and implementation plan for Digital Lagos. Mr. Levine touched on the research done for Digital Lagos, its implementation plans and subsequent impact in Lagos State.

Opeke said MainOne has pioneered investments in critical internet-enabling infrastructure across West Africa, Nigeria, and Lagos. To date, the company has invested over N120 billion funded by leading African banks and has proven its capabilities in expanding and densifying localized fiber networks in neighboring Ogun and Edo States by deploying almost 1,000kms of fiber in partnership with Facebook to expand broadband access and connect government institutions and other areas of interest.

Opeke said, as the licenced InfraCo for Lagos zone, the resulting network to be built by MainOne would provide essential connectivity to critical State institutions, cover over 300 government agencies, up to 10,000 State CCTV locations, Telecom operators and ISPs, public Wi-Fi hotspots, Smart City components / IOT devices, in addition to Enterprises.

In Lagos, MainOne’s existing 700-kilometer network already covers major population centers and Yaba, where it provides connectivity for the majority of the Yabacon ecosystem and has connected startups like Andela, ccHub, Paga, and Flutterwave and others that have raised up to USD500million Foreign Direct Investment (FDI) in Nigeria.