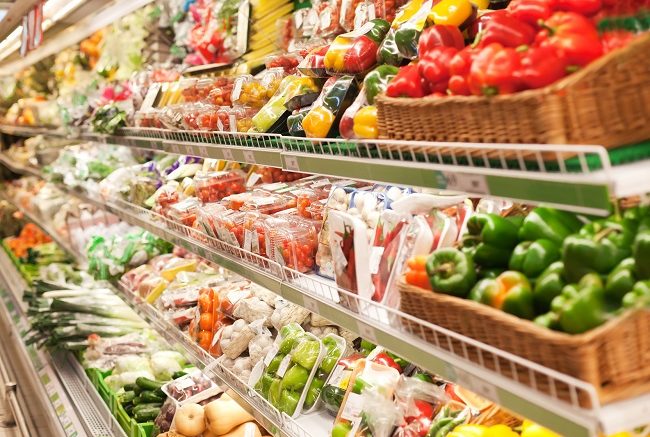 While its customers have been filling their trollies, the Pick ‘n Pay IT finance team has been filling out spreadsheets. Today, they’re using a Microsoft Azure-based solution called OneView to automate the process.

As South Africa’s largest supermarket group, Pick ‘n Pay needs to manage a multitude of supplier relationships to keep both its technology environment and retail environment running at peak performance. To accomplish this, the company’s IT finance team analyzes all bills relating to its IT environment to ensure that the correct expenses are allocated to the right business units and to identify any billing inaccuracies. In the past, this team would manually enter every line item from each vendor invoice into its ERP software—a task that was time consuming, inefficient, and error prone.

With OneView from Nebula, powered by Microsoft Azure, this cost allocation and recovery process is streamlined and report generation is automated. The impact has been significant: during the March 2018–February 2019 financial year, OneView has helped Pick ‘n Pay recover just over 3 million ZAR in costs.

Inefficient manual processes
Pick ‘n Pay is South Africa’s largest supermarket group, with nearly 1,700 stores across the country employing approximately 85,000 people. As you would imagine, Pick ‘n Pay works with a multitude of different suppliers, and needs to effectively manage these supplier relationships to keep its technology environment running at optimal levels and, in turn, provide optimal in-store experiences for customers.

For an organization of its size that relies on technology to conduct business, controlling IT-related costs—and generating billing reports to identify potential areas for improvement—is a big priority for the supermarket chain. Every month, the Pick ‘n Pay IT finance team analyzes all bills related to the company’s IT environment—including WAN, LAN, mobile, voice, and even software licensing—to ensure that the correct expenses are allocated to the right business units and to identify any billing inaccuracies. In the past, this team would manually enter every line item from each vendor invoice into the company’s enterprise resource planning (ERP) software. Needless to say, sifting through this raw data was time consuming, inefficient, and prone to errors—as was generating the corresponding billing reports. With so many different vendors and stakeholders involved in its operations—each with unique requirements—Pick ‘n Pay needed a system that was agile enough to adapt to a variety of specific and individualized needs. OneView offered just such flexibility.

Automating to optimize
OneView from Nebula is a cloud-based solution that automates technology and cloud expense management, providing organizations with full visibility into, and complete control of, their entire technology environment. Powered by Microsoft Azure, OneView delivers the efficiencies and automation businesses need to remove complexity from IT cost management. For Pick ‘n Pay, the ability of OneView to integrate seamlessly into the company’s ERP system has not only dramatically streamlined the cost allocation and recovery process, but it’s also automated and expedited the generation of billing reports. In addition, the solution has helped the supermarket chain monitor and control mobile device usage and costs. And because it’s built on Microsoft Azure cloud, OneView reliably delivers the speed, safety, and security required by Pick ‘n Pay as it evolves into an increasingly technology-driven business.

Saving time and costs
Once deployed, OneView had an immediate and significant impact on the supermarket chain’s cost-controlling efforts and related reporting. For example, whereas in the past it would take up to two hours to produce a single monthly IT billing report, the company’s accounts team can now generate them in less than 45 minutes, while generating smaller reports has dropped from one hour per report down to 10 minutes. Thanks to ERP system integration, ERP files related to various vendor costs can now be directly imported into OneView, and because all IT cost charge types, budget areas, and costs centers are preconfigured into the solution, it’s far easier to drill down and earmark costs that need to be recovered from the business. Equally time saving is the fact that the accounts team no longer has to send monthly IT billing reports to the business via email, since all the pertinent information is now easily and quickly available in OneView.

Apart from finance automation, Pick ‘n Pay is also using OneView to monitor employee mobile device usage. Managing around 900 corporate SIM cards, OneView alerts users of any spikes in data or when they’re running out of data. Should an employee be working on something that requires more data, their limit and bundles can be easily updated directly in OneView for the month so they don’t incur any out-of-bundle charges. This improved visibility, coupled with usage alerts, has curbed the supermarket chain’s mobile spend.

Added together, the savings in both time and costs enabled by OneView and Microsoft Azure—along with the increased efficiency of the company’s cost allocation and recovery processes—has had a measurable impact on the supermarket chain’s bottom line. During the fiscal year spanning March 2018 to February 2019, OneView helped Pick ‘n Pay recover just over 3 million ZAR in costs, as well as improve reporting accuracy and save countless hours by automating formerly manual processes.

“Ultimately, it’s all about using the right cloud technology to take the inefficiencies out of the everyday. When you’re running a business as big as Pick ‘n Pay, the costs of inaccuracy and a lack of efficiency really do add up. Microsoft Azure technology has enabled Nebula to deliver the efficiencies and automation Pick ‘n Pay needs to remove complexity from its IT cost management.” – Wayne Engelbrecht: Senior Operations Specialist, Nebula

“Before OneView, if I wasn’t at work, nobody was equipped to do my job. This meant that everything stood still until I was back in the office. As Pick ‘n Pay structures and business processes change, my work is affected. But I know that I can always chat with the Nebula team about the way forward. This relationship isn’t just important, it’s critical.” – Anna Jordaan: Accountant, Pick ‘n Pay

“Automation has become a strategic enabler for our department and has proven to be an important asset in my digital toolkit. Today, perhaps more so than ever, it’s important that brands are constantly innovating and, as such, I am always looking for new ways to up productivity and improve processes. I’m already exploring how I can incorporate OneView into other aspects of the work we do.” Stian Joubert: General Manager of IT Infrastructure and Operations, Pick ‘n Pay