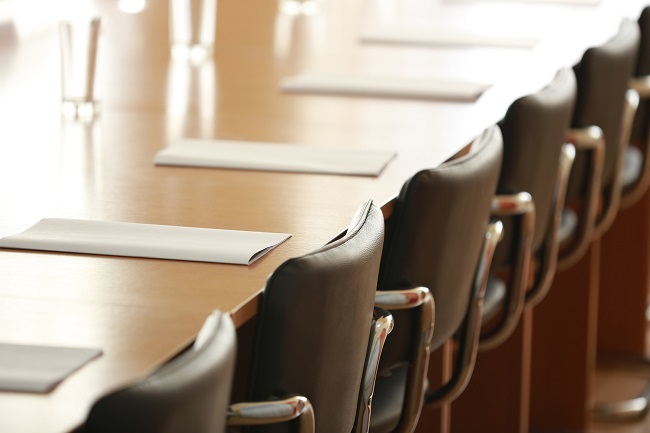 Infobip, a global cloud communications company that enables businesses to build connected customer experiences across all stages of the customer journey at scale, has announced four key appointments in the East Africa region.

All four of the new appointees will fill senior positions and are set to add tremendous value to the company in the region, based on their extensive experience in the IT industry and solid track records.

Carolyn Lyimo was recently appointed as country manager of Infobip Tanzania, having spent a number of years working for several telecoms’ companies in the East African country, including the Tanzania Telecommunications Corporation and Vodacom Tanzania, where she held various roles.

She completed a Bachelors of Business Science degree, majoring in economics and marketing, at Monash University in South Africa. Lyimo started her career as a sales and accounts manager, working closely with local Mobile Network Operators across various verticals such as the public sector, corporates and multinationals.

“In my current position, I look after Infobip’s operations in Tanzania, from end to end, including the sales, human resources, legal, operational and technical aspects of the business. Basically, I manage the logistics part of Infobip Tanzania,” says Lyimo.

“Drawing on my previous experience in the telecoms industry allows me to effectively support my team and drive the sales strategy.”

Lyimo says that the prospect of moulding a start-up company into a multinational organisation is what mainly attracted her to Infobip, as building something from scratch is where her strengths lie.

“My key focus is to strengthen the team, whilst also increasing brand awareness so that we can get more big brands to collaborate with Infobip Tanzania. It is through those strategic accounts we will be able to reposition Infobip in the local market as not just a bulk SMS aggregator, but a fully-fledged SaaS provider.”

Doreen Kinja joins the Infobip Kenya team as Sales Team Leader, having previously worked for Dimension Data as an accounts manager in charge of the public sector portfolio from 2017 to 2020, where she dealt with the Kenyan government.

She holds a diploma in electronic media and telecommunications and completed an internship at Express Automation in Nairobi, as part of her studies. This then led to a full-time job offer from the company, where she spent the next 12 years.

“I started out as a technician’s assistant and worked my way up to head of department. However, I was attracted to the commercial side of the business and moved over when an opportunity arose. That started my journey in sales, and eight years later I was heading up the business communication department,” Kinja explains.

In her current role, Kinja says she will be monitoring her team and supporting them in terms of coaching and providing assistance for them to achieve their objectives.

“I think my previous experience will stand me in good stead in my current role. For the past three years, I was in a sales role, so I know what it takes and what the challenges are. I can now gauge what is right for my team and help them excel.”

Kinja adds that over the next six months, she plans to build a stable sales team by creating a clear understanding of what salespeople need to do to achieve their goals.

“I want to see my team enjoying doing what they do. Salespeople have to be motivated, and I want to be the catalyst that enables them to reach their goals,” she says.

Nelson Materu has been appointed Senior Sales Manager at Infobip Tanzania, after holding the position of Bank Business Development Manager at Cellulant and Incident and Problem Manager at Dimension Data.

Materu completed a Bachelor of Science and Information Technology degree in Nairobi, Kenya, where he started out as an intern for an NGO and spent three years as an IT technician with the organisation.

Upon his return to Tanzania, Materu worked for two IT distributors and headed up the Microsoft channel sales division of Redington Gulf, which sold volume licensing solutions, before joining Dimension Data.

“In my current role as Senior Sales Manager, I am essentially a hunter. I keep an eye on the revenue and the marketing aspects. I make sure what we are doing as a company alleviates some of the challenges that organisations are facing, ensuring that we have seamless interaction with customers and that we grow sales.”

Materu says that during his time at Cellulant, he had a chance to interact with Infobip and was impressed with the company’s professionalism and timely response to queries.

“In my new role, I need to ensure that we are working as hard as we can to achieve our targets. We have to make sure that our customer pipeline and lead generation stream grow exponentially, that way we’ll gain first mover advantage.”

Hameer obtained an Accounting and Business Administration degree from the Florida Institute of Technology, in the United States, before joining CATS Tanzania where he eventually headed up a sales and presales team.

“My new role at Infobip is purely that of a hunter. I will be focusing on bringing in fresh accounts and helping account managers to explore upselling opportunities. I will also support the other team members and ensure that we leverage off the partnership network that we are currently building,” he says.

Hameer explains that he was attracted to Infobip by the supportive and humble culture that the company has espoused, as well as by the fact that it is an international company playing in the technology space.

“My main strategy for the next six months will be to interact with various players across the value chain, as well as to develop our partnership base in Tanzania, as this will lead to a surge in sales.

He believes that having dealt with people in a sales-facing role during the 11 years of his professional experience gives him an advantage in his current position. Hameer explains that having worked with people at different levels of an organisation has equipped him with a 360-degree capability to look at issues from various angles and come up with solutions that are practical and effective.

“I have an extensive network to leverage off and also the technical experience that holds me in good stead to better my emersion into the products that Infobip has to offer. I love to see people use technology to solve practical problems and get a feeling of satisfaction knowing that I helped an organisation meet its particular requirements.”